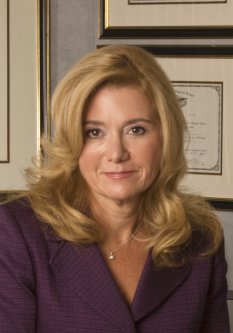 Lake Success, NY, June 2016… Annamarie Bondi-Stoddard, Managing Partner at the law firm of Pegalis & Erickson, LLC, and a Port Washington resident, was re-elected as an officer of the New York State Trial Lawyers Association (NYSTLA). Her role will be Treasurer for the 2016 – 2017 year. “It is a privilege to formally link with this group of dedicated attorneys who work to ensure wrongfully injured New Yorkers have access to the civil justice system, and who promote legislation to protect the rights of New Yorkers injured as a result of negligent acts,” said Bondi-Stoddard. NYSTLA’s important initiatives include preserving and enhancing New York’s civil justice system, such as advocating for the passing of Lavern’s Law to protect patient’s rights.

Pegalis & Erickson, LLC, also announces the election of West Hempstead, NY resident Linda M. Oliva, Esq., to President of the Nassau County Women’s Bar Association (NCWBA). Ms. Oliva will serve a one year term as President for the 2016-2017 year. “I’m both honored and proud to serve our women’s bar association. We work to advance the status of women in society and of women in the legal profession,” said Ms. Oliva.

Ms. Bondi-Stoddard is one of a handful of female managing partners on Long Island, NY , and has been widely recognized for her achievements in the area of medical malpractice litigation. Her successful cases include securing a record medical malpractice settlement against NYC Health and Hospitals Corp., for an infant who sustained brain damage at birth as a result of oxygen deprivation and skull fracture. Bondi-Stoddard earned her J.D. from Boston University. The Port Washington, NY, resident joined Pegalis & Erickson, LLC in 1984, became managing attorney in 1986, and was named managing partner in 2001. She is named each year to the New York SuperLawyers and U.S. News and World Report Best Lawyers lists as an attorney who has attained a high-degree of peer recognition and professional achievement through a selection process of independent research, peer nominations and peer evaluations. 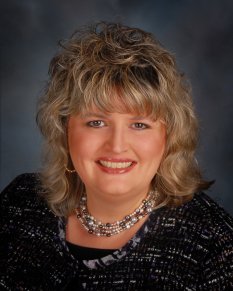 Ms. Oliva is an attorney for plaintiffs in medical negligence cases. She manages pretrial litigation and appeals, representing children who have suffered from birth injuries, people of all ages who have experienced surgical complications and cardiovascular medical errors, and women who have suffered health care negligence such as the failure to diagnose and treat breast cancer. Ms. Oliva dedicates considerable time to community services, notably to breast cancer awareness with the Babylon Breast Cancer Coalition, and the Adelphi/New York State Breast Cancer Hotline Creative Cups program. She was named to the New York SuperLawyers lists in 2016, 2015, and 2014 after a selection process of independent research, peer nominations and peer evaluations.

About Pegalis & Erickson, LLC P& E is a personal injury law firm focused on representing people that suffered medical negligence. US News and World Report named us to their 2016 Best Law Firms list for medical malpractice in New York, and founder Steven Pegalis, as 2016 Lawyer of the Year. In our forty five years of practice, we have helped thousands obtain funds for services they need to survive day-to-day. We are advocates for patient safety and medical accountability to ensure safer medical practices for better patient care. Visit us at PegalisandErickson.com for health news you can use and follow us on Twitter and Facebook .